Cornwall Manor resident Bill Clement is an avid biker – something that has always been part of his life. He rode as a child and throughout his career. After taking an early retirement from DuPont in 1993, he opened a bike shop in West Chester just as the mountain biking-boom was taking off. After selling a successful bike business in 2002, he spent his retirement days as a Visitor Center Supervisor at Longwood Gardens and educating individuals (and giving samples!) at Chaddsford Winery.

Bill and his wife, Laurie, moved to The Woods in 2015. In fact, he discovered The Woods on a Thanksgiving-day bike ride on the Lebanon Valley Rail Tail. Their daughter lives in nearby Mt. Gretna and was hosting Thanksgiving. Bill and family were enjoying a post-turkey bike ride on the Rail Trail and rode past The Woods. He took an information brochure and the rest is history. “Having the Rail Trail at Cornwall Manor is a huge draw. It allows me to practice safe cycling – there are less distractions and I’m not riding on the road with distracted drivers,” shares Bill.

This year, Bill, along with his daughter and son-in-law, participated in the Tour de Lebanon Valley on June 8 – a 63-mile course that winds through rolling countryside, beautiful farmlands, young forests and historic sites. This tour benefited the Lebanon Valley Conservancy, which works with property owners to preserve farmland, wildlife habitat and green space in the area. He enjoyed the course and got to see portions of Lebanon that he had not seen before. 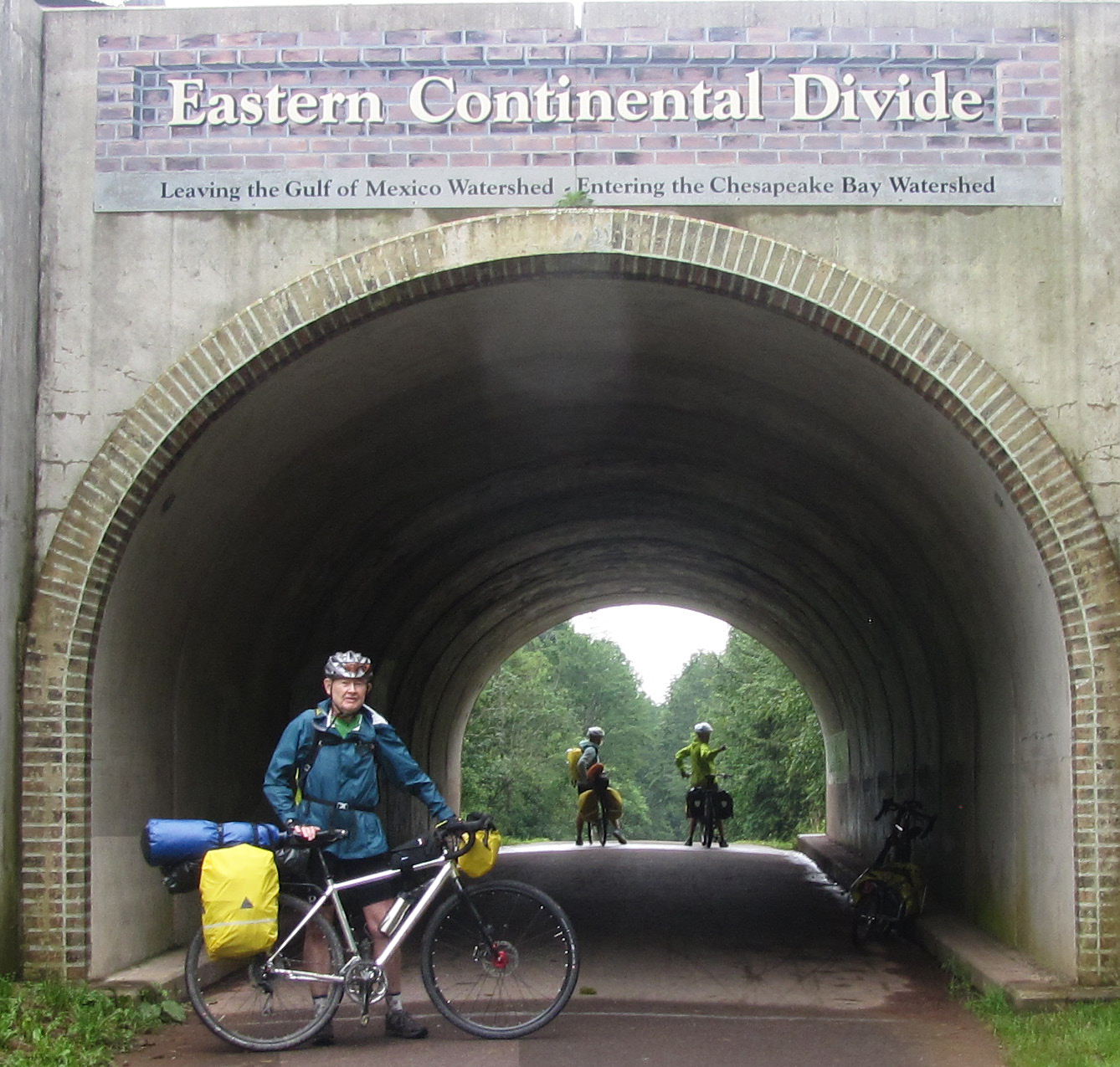 In 2018, Bill and three of his daughters biked the Great Allegheny Passage with the C & O Canal Towpath – combining a trail that runs from Pittsburgh to Washington, D.C. for a total of 345 miles. The ride took six days and he and his daughters camped along the way (photo on left). He also did a 75-mile ride in honor of his 75th birthday.

Since moving to Cornwall Manor, Bill and Laurie have settled into their home and have taken advantage of the Cornwall Manor lifestyle – they are both active volunteers and enjoy the company of their Woods’ neighbors while still taking pleasure in the things they want to do – like traveling, spending time with family and biking. Bill has shared his wealth of bike knowledge with fellow Woods residents, and now the two of them ride together. Next month, the pair will be biking a 55-mile ride on unpaved surfaces in Bald Eagle State Park. Bill is looking forward to the crisp fall air, the beauty of the changing seasons, and doing what he loves….biking!