Margaret Coleman Freeman Buckingham was born November 14, 1857 in Washington, D.C.  She was the daughter of Lt. Col. William Grigsby and Margaret Cassatt 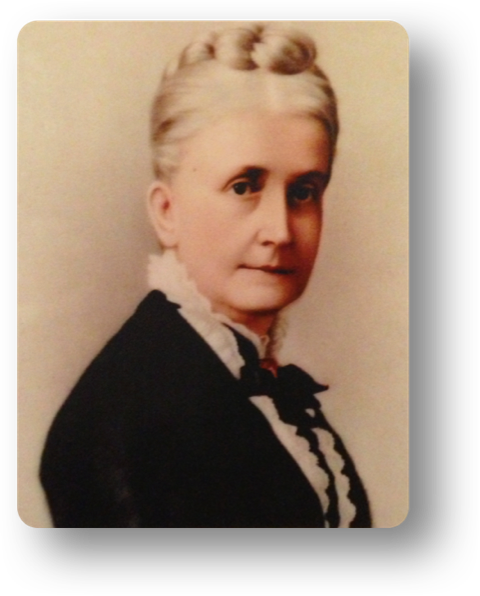 Coleman. She was one of seven children.  Two of her siblings, Robert and Isabella, did not survive infancy.  There were also William, Isabel, Anne and Edward.

Margaret’s mother was the daughter of Thomas Bird Coleman, the youngest son of the noted iron master Robert Coleman.

Her father, William Grigsby Freeman, was a U.S. Army officer who served in the Florida Indian Wars and in the War with Mexico.  A graduate of the U.S. Military Academy (West Point), he later served in Washington as an assistant to the Adjutant General.  He was forced to resign before the Civil War due to ill health.  He died in 1866, a few days before Margaret’s 9th birthday.

The Freeman home in Washington was Ashburton House, built in 1836, where Daniel Webster negotiated the treaty that settled the boundary disputes between the U.S. and the British Canadian provinces in 1842.  Margaret Buckingham’s aunt, Sarah Hand Coleman, purchased the house in 1853, and deeded half interest in the home to the Freemans.  Unmarried, Sarah shared the home with the Freemans until her death in 1893. Sarah is also credited with the construction of the greenhouses on the Cornwall Manor campus.  Today, Ashburton house serves as the Parish House of  St. John’s Episcopal Church, the “Church of the Presidents”, on Lafayette Square opposite the White House.

In 1894, Margaret Freeman married Benjamin Horr Buckingham.  He was a Lt. Commander in the U.S. Navy and a graduate of the U.S. Naval Academy.  During his career he served as a Naval Attache in London, Paris, Berlin and St. Petersburg.  He also served as an assistant to Theodore Roosevelt when he was an Assistant to the U.S. Navy.  Buckingham was in charge of the Navy’s exhibits at the 1884 New Orleans Exposition, and the 1878 Paris Exhibition where he was made a chevalier of the French Legion.  He died in 1906.  He and Margaret had only been married 12 years.

The Buckingham’s made Ashburton House their home.  They had no children.  Margaret’s unmarried sister, Isabel, also lived with them.  They spent summers on the estate at Cornwall and in a home at Bar Harbor, Maine.  This lifestyle continued for Margaret and Isabel after Benjamin’s death.  Isabel died in 1929.  Margaret died in 1946.  The entire family is buried in the Freeman family plot in Philadelphia’s Laurel Hill Cemetery.

During their lifetime the sisters had a reputation for graciousness, generosity and philanthropy. Newspaper accounts in Washington and Lebanon report of their many large financial donations as well as donations of their time and talents.  They supported improved housing conditions, disease prevention, disaster relief, and aid to inner-city children.  During World War I they sponsored hospitals and gave generously to the Red Cross.  They supported their own church, Washington’s Church of the Epiphany, as well Lebanon’s St. Luke’s Episcopal and the Cornwall Methodist Church.  They also provided funds for the altar of the National Cathedral.

Margaret’s compassion extended to her employees.  She provided medical benefits to her staff and employees of the Cornwall mine.  She hosted birthday parties and had presents under her Christmas tree for employees children.  On retirement they received pensions, and even a burial plot in the Cornwall Cemetery.  She insisted they return to visit her frequently.  During the Great Depression, she invited those in need to search the meadow for cannonballs left behind after the testing of cannons cast at the furnace.  She paid a $5 finder’s fee.

In 1931 she donated the Cornwall Iron Furnace to the Commonwealth of Pennsylvania for use as a museum.  She also provided a trust fund to provide for perpetual maintenance.

After her death in 1946, her sole heir was her nephew, William Freeman, Jr.  Knowing of his aunt’s philanthropic desires, he arranged for the sale of the old iron master’s mansion, its contents, outbuildings and grounds.  The sale took place February 15, 1949, for a price that was a small fraction of the estate’s value.  Six months later the first 11 residents moved into the Methodist Church Home in Cornwall.  As the saying goes, “the rest is history.”